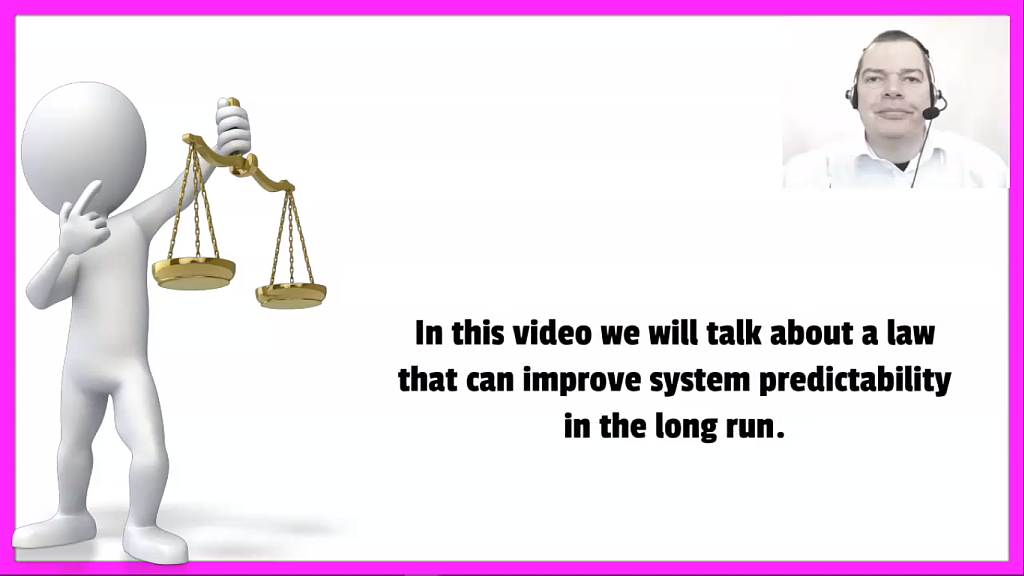 In the last video we have talked about the law of the worst outcome and how to avoid black swans.

In this video we will talk about a law that can improve system predictability in the long run.

I am reading a lot of books and I am listening to a lot of audio books.

In one of those books there was a story about an attempt to improve airplanes.

In world war 2 some airplanes came back from their missions while others were shot down.

So some people had the idea to improve the airplanes and add steel plates to strengthen the construction.

Unfortunately that didn’t help, because the improvement was made on the parts where the returning planes had bullet holes.

In order to improve the situation, it might have been necessary to add the steel plates in the places where the bullet holes were missing.

The reason might be that the planes that were shot down probably didn’t come back because these bullet holes were in other places that had caused the downfall.

To improve your trading situation, you might have several ideas that seem to be common sense.

One of those common ideas is that you maybe want to change the direction of the trading entry after a loss.

So if you made a buy trade and that produced a loss, you might think that the opposite direction is better.

But there is no law that would support that assumption. I have seen up to 21 losses in a row, regardless of the chosen direction.

But you can expect that you will not see another 21 losses in a row right after that happened.

So why is that?

Well, 21 losses in a row is very extreme, at least for most trading systems.

You might find out that 4 or 5 losses in a row are more likely.

The extreme condition is possible and it will occur if you trade long enough, but it is not the basic condition what will make or break a good system.

The profit expectancy of a trading system is based on the law of the regression to the mean.

If you invest a dollar and you make an average profit of 10 Cents, you can expect to make a profit on the long run.

The same system might have times where it makes a profit of 20 Cents.

And you might have times where you lose 40 Cents.

But after a few hundred or thousand trades, the law of the regression to the mean will give you a good idea about the average profit expectancy of your system.

Basically it says that you can expect good and bad times, but after extraordinary good results it will return to the average expectancy.

And after outstanding bad results, you can also expect that it will return to that average expectancy – at least in the long run.

The problem is that bad results always feel 5 times as bad as good results feel good.

We all know that kind of feeling, for example our family has seen several phases where the car broke down, the washing machine had to be replaced and on top of that usually some big and unexpected expense completed the disaster.

These are the months where you easily can spend two or three times of your monthly earnings, just to replace or repair your stuff.

And there are also these rare months where we catch ourselves, asking the question if we could really dare to think that everything is going well right now.

But after extraordinary bad results you can hope to achieve better results – and at least for long term trading systems this is very often the case.

In this video we have talked about a law that can improve system predictability in the long run.

In the next video we will talk about the law of diversification.