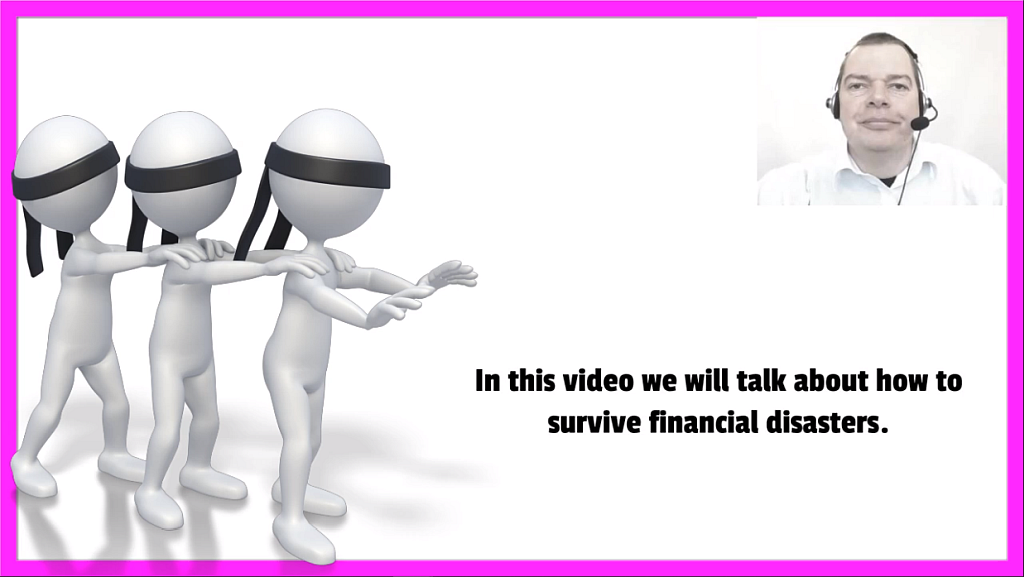 Hello and welcome to this video, it will help you to improve your algorithmic trading results in the next 12 months.

In the last video we have talked about the disadvantages of being a hope trader.

In this video we will talk about how to survive financial disasters.

On January 2015 the Swiss National Bank decided to give up the fixed exchange rate with the Euro.

That caused one of the biggest forex earthquakes in history.

One of the biggest banks in Germany called Deutsche Bank lost over 130 Million Euro.

They have the biggest buildings, the best equipment and the smartest experts, but they still lost a lot of money.

One of my brokers didn’t survive. In the morning at about 10 o’clock my account looked fine.

At lunch time the broker had massively risen his margin requirements, that caused a mass closing of open positions.

People panicked and tried to get out to avoid further losses.

On January the 19th the company declared bankruptcy, countless traders lost a lot of money.

That was the day when I decided to double the required capital for each microlot trade.

I have had course members who wouldn’t use demo accounts, because they think demo accounts are a waste of time.

But believe me, if you ever have such an experience, you learn very quickly that using demo accounts is a blessing.

You can collect a lot of significant data, created in a real trading environment.

You can make mistakes and you don’t risk all your money before you learned from your mistakes.

And you can build, adjust and improve your trading system until you know what works and why it works.

With an automated trading system it is no problem to trade a financial earthquake like the Swiss franc disaster.

Most people think that backtesting is a tool to find the right kind of entry signal.

But actually the more valuable thing is that it will help you to find out how to scale your system to survive financial earthquakes.

There is a saying that predictions are difficult, especially when it comes to predicting the future.

This is so true.

None of the so called experts predicted what the Swiss National Bank was going to do.

The financial industry has all the experts in the world, but this is not why they survive financial disasters.

They survive, because they know how to deal with risk.

They know how much capital to allocate for a good risk – reward ratio.

They know how to protect themselves against risky threats.

They even know how to survive financial crises and get support from the government.

My former broker can be found on Wikipedia as a “ broker that has a record of insolvency and regulatory difficulties.”

But I bet that the owner did not lose any private money when they declared insolvency.

So if you want to compete with the financial industry in trading, you need to find out how to survive the next financial disaster.

Backtesting is a good way to find out how your system would have performed during the Swiss Franc disaster.

Backtesting can show you how your system would have performed during the Brexit.

Backtesting can be used to trade the financial crisis from 2008.

If you do a lot of backtesting, you still will not be able to predict the future.

In this video we have talked about how to survive financial disasters.

In the next video we will talk about how to avoid your own manipulations and improve your sleep.