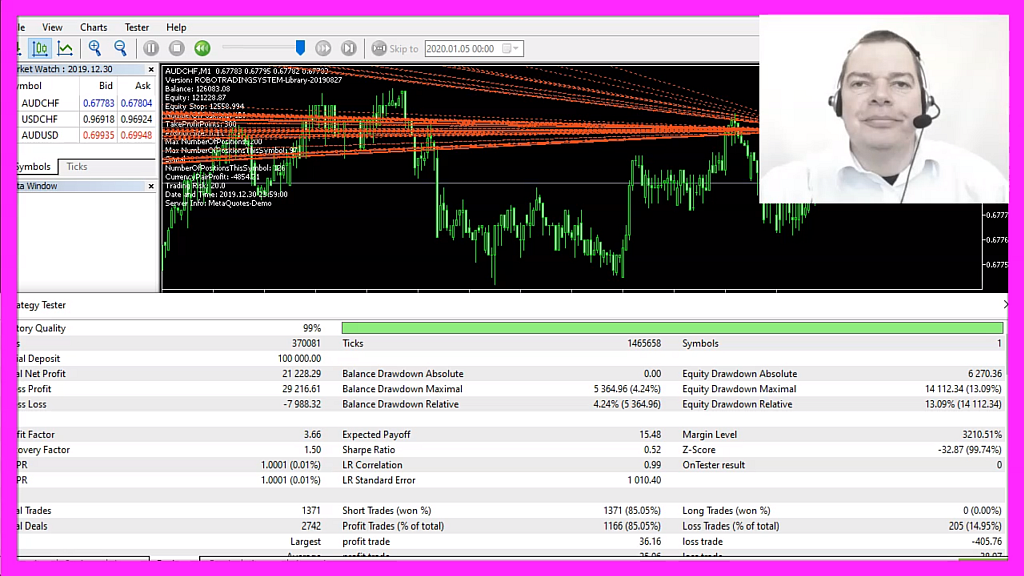 Usually I avoid currency pairs that contain the swiss franc.

The reason is simple, I made a big loss in January 2015, because the Swiss National bank decided to give up the bonding between the Euro price and the Swiss franc.

But today I am still very happy that I was smart enough to use a demo account, so it was no real money.

That caused a forex earthquake and my broker had to declare insolvency.

Thousands of traders made serious losses and according to the German press one of the biggest banks in Germany lost between 130 and 150 million Euros!

These guys have all the money, they have the best equipment in the world and the smartest experts.

But still they are not able to predict the future, or else they would not have lost so much money.

For me this is a good proof that nobody is able to predict the future, so my algorithmic trading system is doing something else.

It is based on probabilities based on two fundamental laws. You can find them in the 2 hour video on RobotTradingSystem.com, just in case you are interested.

You can download the free version for the Algorithmic Trading System below the video on our website  AlgorithmicTradingSystem.com

It will work with original Metatrader 5 demo accounts.