Laws of successful trading – 5 – the law of consistency 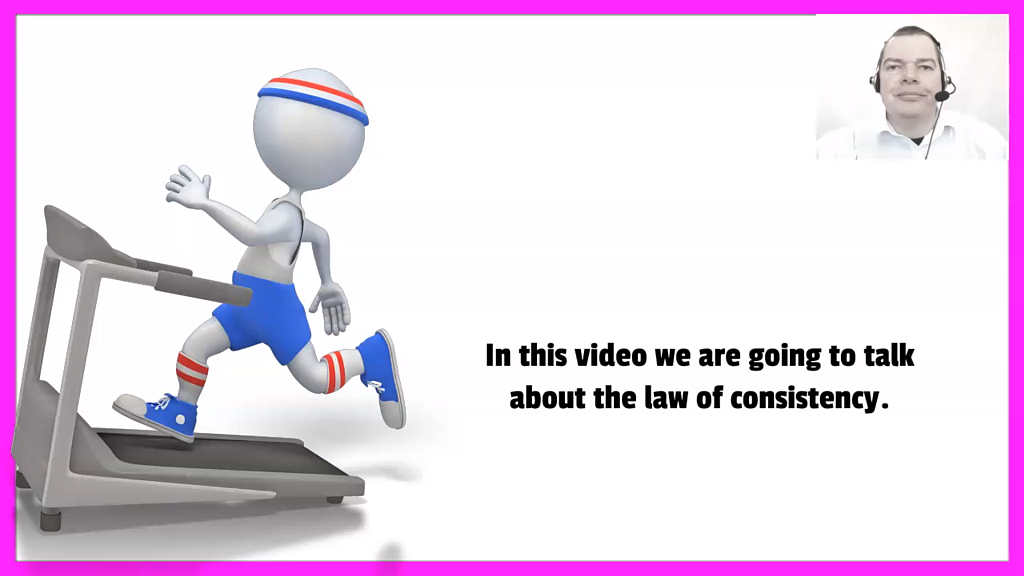 In the last video we have talked about the law of diversification.

In this video we are going to talk about the law of consistency.

A famous speaker called Zig once said that exercise is something that is like bathing.

Both does not help if you only do it once, you need to do it on a consistent basis.

In October 2018 I bought a treadmill and since that time I use it twice a week.

I have lost 28 pounds since I do that, but twice a week my mind is playing tricks on me.

It starts in the morning when I think about what needs to be done that day.

My mind comes up with several reasons why I can’t run on the treadmill in the lunch break.

Maybe something needs to be done and I don’t have the time.

Or I could have a technical issue with the treadmill.

For about 16 months now I run twice a week, but it is still the same.

I know that I decided to do it and I don’t like to negotiate with myself about it.

And still my own brain is trying to find a way out of that situation.

Maybe something with the running shoes could be wrong, or whatever…

The result is that I show up on that treadmill, usually with a grumpy face and in a bad mood.

Today my daughter looked up from the Laptop, saw me with my running shoes and decided to leave the room immediately.

I have to admit that I have read a lot of books about motivation and human psychology, but until today I have not found a way to like running.

I do it anyhow.

Algorithmic Trading also requires consistency and often it looks like the system would not work properly.

The reason is simple: Charts are drawn to represent numbers and they do it on a relative not on an absolute basis.

If you look on a Metatrader chart, you will see that the price never reaches the upper or lower border of the chart.

Therefore the size of a candle also changes on a relative basis.

And a draw down often looks like an unavoidable downfall.

Tony Robbins once said that racing drivers are trained to not look at the walls.

If they look at the wall, they will crash into the wall.

The driving school for racing drivers has a car where they can press a button.

The racing car will start to break out, right into the direction of the boundary wall.

The instructor then physically turns the head of the rookie driver into the direction where the car needs to go.

They need to train that on a consistent basis, because only consistent training can overcome a basic instinct.

I have done algorithmic training for over half a decade and still I don’t like to see a draw down.

It doesn’t matter that I know that it is unavoidable, I simply want to immediately get out, change the situation, manipulate the system.

The only reason that I don’t do that is that I have trained how to not follow my basic instincts – because I have trained that on a consistent basis.

In this video we have talked about the law of consistency.

In the next video we will talk about the law of maximum risk.