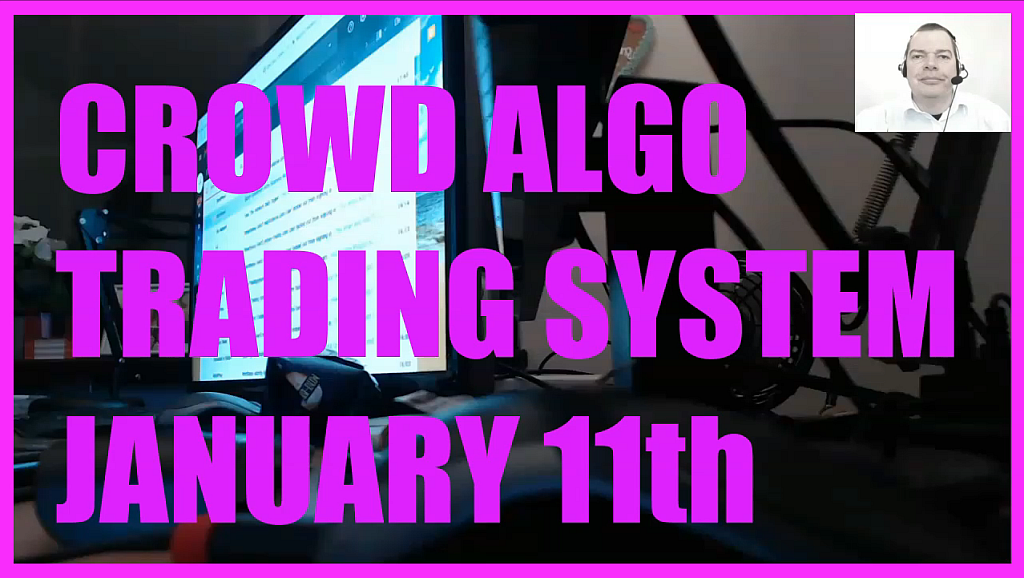 Day 11 is January the 11th and today is Monday.

At the time of this recording we have a gross profit of 3.46 percent and we are cash flow positive.

That means we could close all open positions and would still have more money than we invested.

One of the big problems when it comes to trading is the fact that you have no finish line and no strict rules.

Potentially you can trade an infinite number of combined indicators, oscillators and combinations of those.

You can trade the Bollinger Bands, like I do in this case.

But you could also use other popular entry signals like the RSI, the Stochastics oscillator or something like that.

So how do you decide which solution is the one you want to use?

Here is what I think is the best way to go.

First, I would suggest getting a good understanding of what is available.

If you have seen some indicators and oscillators, you might have the impression that one is better than the other.

All indicators and oscillators have some problems and not one of them is able to exactly predict the future.

But some indicators seem to work better than others.

For example the Bollinger Bands indicator I use is one that has produced pretty good results for half a decade on my MQL4 and MQL5 accounts.

So why should I pick a different indicator?

Of course the temptation is always there.

I want to improve my system like anyone else, therefore I have a lot of ideas what I could change.

But I learned something about trading when I went to a barbecue.

That is the same birthday barbecue of a good friend that I now know for 32 years.

Usually it starts with one guy trying to get the coal to heat up.

Some time later, two or three guys start to discuss how to improve the result by rearranging the coals.

Or they use some stick or tool to get the coals to glow.

Half an hour later about 5 guys are trying to finally get it done and now the equipment is something like a hairdryer or even some kind of dangerous fire accelerator.

Each summer we see news about injured, burned people who just wanted to play with fire.

But actually it is much easier to use something that is called a hobo stove.

Imagine a big can with holes in it.

That is basically the complete setup.

Maybe you have such a thing, however they call it now.

It looks like a metal cylinder with holes, costs 5 dollars, nothing fancy.

But it is the best tool to get glowing coals in a few minutes without any manual labour, risk or technical effort.

It worked for me – for years and therefore I am confident that it will also work for the years to come.

So why should I change that?

I think the best way to improve a system is to find something that works and improve that!

Usually that is a much better experience – and it is easy to do.