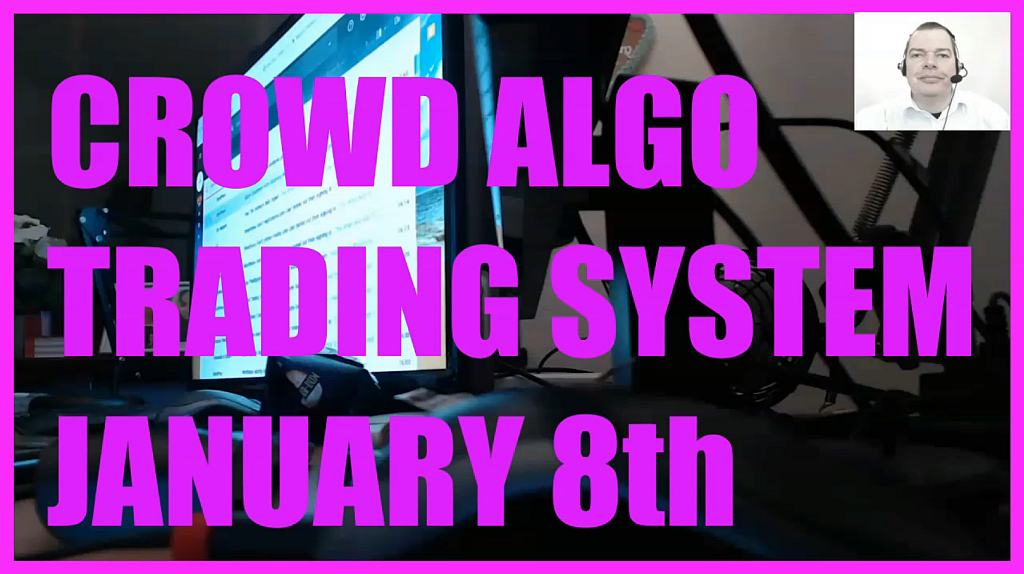 Day 8 is January the eighth.

At the time of this recording we have a gross profit of over 3 percent and we are cash flow positive.

That means we could close all open positions and would still have more money than we invested.

When a system runs as expected, there is no need to change anything.

Yesterday I had a headache, actually I had to take a nap after lunch.

And actually my wife convinced me that watching a few episodes of Continuum on Netflix would have been a good idea afterwards.

Therefore I didn’t do anything for about 3 or 4 hours.

And that is still something that feels wrong, because I was trained to work for at least 8 hours each day.

The one thing that I really like about automated algo trading is that I don’t need to do anything when my system works as expected.

It still feels weird, but today it worked. That doesn’t mean that there will be no drawdowns in the future.

Actually I expect that, because I have a lot of former results.

Sometimes I ask myself if the only difference between people who sell time for money and people who make money while they do anything else might be risk tolerance.

I am really risk averse and I don’t like to do risky things for money.

And I think that we waste a lot of money while we do things that feel less risky.

I remember the time in 2016 when my wife and I rented the former bank office here in Nettersheim.

It was a very cold office, because the windows were bulletproof and not insulated.

We didn’t know that and we rented that office in the summer.

And when the winter came, it was so cold that we didn’t want to go there.

We paid a truckload of money each month, but we didn’t use that office.

That was really something that was costly, but it didn’t feel like a risk.

I wanted to offer live seminars and the railway station was only a minute away.

It felt like a good idea, but it didn’t work.

Today I still have 20 or 30 chairs on the attic – and a lot of boxes with stuff I never needed.

Renting a bank office that never is used is very stupid, but I had no former experience when I did that.

Today I know that it is much smarter to do the things where I know that I have former results.

And having a lot of former results will make the difference between a belief and something that really works.

That is called the law of big numbers.

I think one of the biggest mistakes is to decide based on only a handful of trades if a system is working.

For me nothing with less than 1000 trades is worth to be called a system – and that can be done on a single rainy afternoon – if you use an algo trading system.

Tomorrow the markets will be closed – and that is a good time to do some backtesting and get even more results and insights.