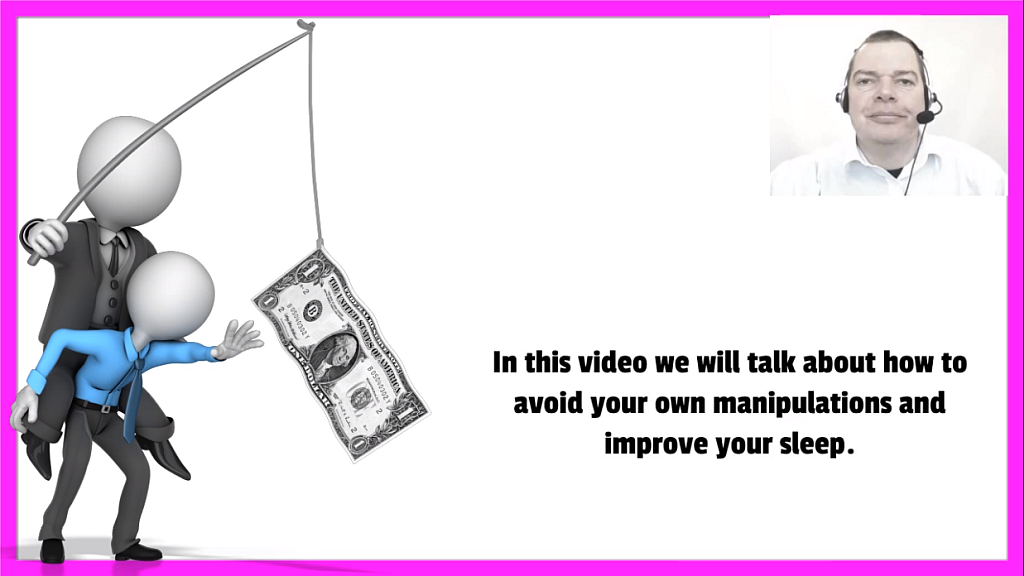 Hello and welcome to this video, it will help you to improve your algorithmic trading results in the next 12 months.

In the last video we have talked about how to survive financial disasters.

In this video we will talk about how to avoid your own manipulations and improve your sleep.

I have read a lot of books and I have even listened to a lot more audio books.

In one of these books someone talked about how humans deal with risk.

If you put a twenty dollar bill on a plank on the ground and tell somebody to walk on the plank to get the money, he will most likely do that, without any hesitation.

If you do the same thing and put the plank between two skyscrapers it is very unlikely that he will do that for a twenty dollar bill.

Maybe you need to increase the reward and offer a few thousand dollars.

Now your candidate might do it, but he will most likely not walk, but crawl.

He will be very fearful and he will move with a lot of less confidence.

And in the middle of the plank he will probably feel very bad about his decision to do that.

This is because dealing with a high risk is causing emotional pain.

Humans have survived, because our brains try to protect us from dangerous situations.

If you have ever woken up in the middle of the night, you probably know how your brain can spit out disaster scenarios without any difficulties.

Even talking in front of a crowd causes massive fear for most of us.

Most people would rather die.

I know that this is an inappropriate fear, because most speakers don’t die on a stage.

But I still can’t say that it wouldn’t affect me.

Do you think that your trading is not affected by your emotional state?

Do you think that you are realistic?

If your answer is yes, I would like to ask a few questions.

Have you ever seen a movie?

Why did you do that?

Don’t you know that movies are invented and that the people are paid actors?

Do you have a favourite song that makes you feel a certain way?

Why does it work?

Don’t you know that music is just a sequence of noise in a particular order?

What about colorful clothes, paintings and flowers?

Did you know that colors don’t really exist? They are just interpreted lightwaves.

But it still works, because facts don’t really matter for you.

What really matters for you is your OWN EMOTIONAL REACTION to those facts.

If somebody cuts you in traffic, the fact might be that you just lost 3 seconds.

But your emotional reaction might be that you start to yell and rage.

If you just made a loss after a profit, the loss probably will feel five times as bad as the profit was enjoyable.

If you lie awake at night, asking yourself if your trading account was wiped out, you have probably the wrong account size.

If a potential loss is too big, this will probably cost you good night’s sleep.

Would you lose any sleep about a potential loss on a demo account?

Probably not, because most people don’t consider demo account losses to be “real”.

But when they trade real money, they start to crawl on the plank, because now it is real money.

Now they start to manipulate their own system, because they can’t stand the fear.

Now they experience exactly that kind of fear overdose that makes the financial industry rich.

That is why I think that you need to grow with your account and there is a way to do that.

In this video we have talked about how to avoid your own manipulations and improve your sleep.

In the next video we will talk about how to even trade small accounts in a way that makes it easy to avoid manipulations.