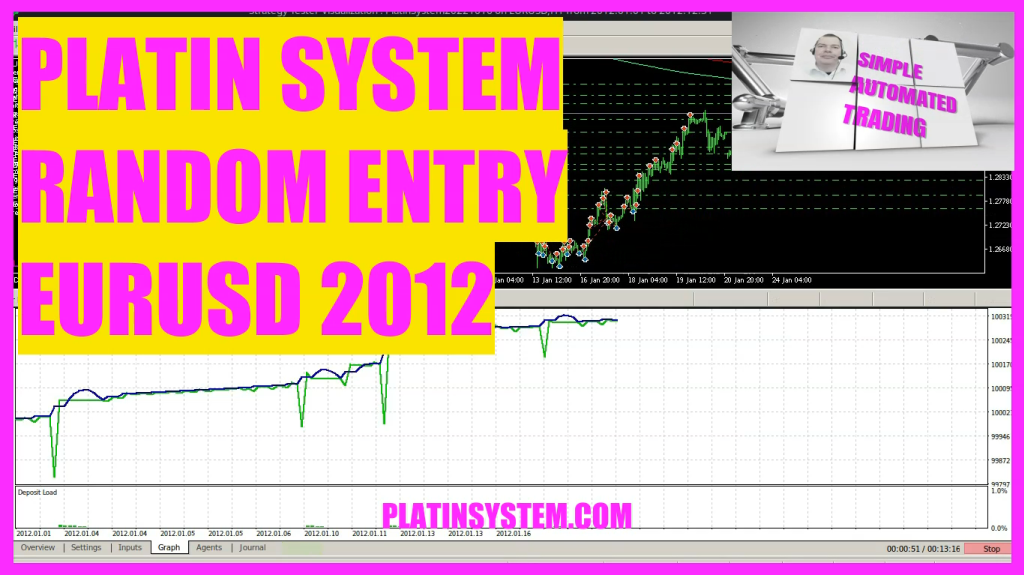 You are not losing or wasting time doing the required preparation. Yes, I know how it feels, but don’t listen to the dark side. Random entries might also create a loss, but that is true for each and every entry signal in the world. It doesn’t matter how much money you have, it doesn’t matter what school you attended. How did I start? At some point in time I started to worry about my open positions and I wanted to use a trailing stop. So I went to Google to find a solution and that was when I found out that it was possible to get that thing automated with MetaTrader. With back testing, you can do a few thousand trades in a very short time and that will give you results that you can believe in. A crisis is usually something that is not foreseeable. So isn’t it good to know that there is a system that makes it possible to even trade the worst crisis that we have seen in this century? With automated systems it is easy to use the strategy tester to do something that is called a back test and get results for thousands of trades in a few minutes. I tend to hold positions until a profit goal is reached and that would never be possible with a position size that is too big. In MetaTrader5, historical data does not need to be imported. It is automatically downloaded when you start a back test for the first time. An automated trading system is able to open several positions at the same time. Personally, I like to trade a lot of positions and they are all automated. You can make mistakes and you don’t risk all your money before you learned from your mistakes. Most people learn that you should keep your losses short and let your profits run. Have you heard that sentence before? Yes. It sounds like a reasonable concept, I agree. But when you really measure the stop loss cost, you will find something that is really interesting. Brokers offer demo accounts that people can use to find out if their trading strategy is working. And did you know that most traders don’t take the time to use these demo accounts properly? Most traders probably would have no problem to lose $0.17. Everybody has his or her own idea about how much is too much. If you make a loss, you always feel bad and if nothing happens, you also feel bad because you are bored. When you think of trading, just think of a sailboat where you would set the sail according to the weather conditions. I thought if I could offer something that I would like to buy and that is more digestible, it might be a good solution for people like me. Actually, it looks like I hit the nail on the head. To find a market advantage, you do ten strategy tests or so and afterwards you repeat that with the opposite settings. Think of cars. Cars have been around for decades. When I was a little kid, we didn’t use safety belts. We had no airbag and no other security features. Today, even a cheap car has all those features. But that doesn’t mean that it makes it impossible to get into a car accident.